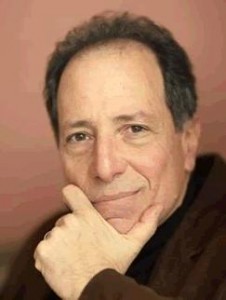 Don’t miss Dr. Kimmel’s video on why Gender Partnership is a boon to men. Look for it on our Home page.

Dr. Michael Kimmel is among the leading researchers and writers on men and masculinity in the world today. He is Distinguished Professor of Sociology and Gender Studies at Stony Brook University, where he directs the Center for the Study of Men and Masculinities.

Dr. Kimmel is the author of more than 20 books, including Manhood in America: A Cultural History (1996), which was hailed as the definitive work in the field.

Publisher’s Weekly wrote that “Kimmel’s humane, pathbreaking study points the way toward a redefinition of manhood that combines strength with nurturing, personal accountability, compassion and egalitarianism.” The San Francisco Chronicle called “the most wide-ranging, clear-sighted, accessible book available on the mixed fortunes of masculinity in the United States.”

Dr. Kimmel has lectured at over 300 colleges and universities, and offered presentations at many of the world’s leading corporations on engaging men in support of gender equality. He is an original thinker fully committed to recruiting men to support gender equality.

His best-seller, Guyland: The Perilous World Where Boys Become Men (2008) investigates young people’s lives today, based on interviews with more than 400 young men, ages 16-26. Featured in major television and radio interviews, the book was widely reviewed and praised in all major media outlets.

“If you’ve ever had a conversation with a teenage boy and wondered what on earth was going on…this book will serve you well.” And feminist icon Gloria Steinem said that “Michael Kimmel’s Guyland could save the humanity of many young men – and the sanity of their friends and parents.”

His most recent book, Angry White Men (2013) examines various groups of men who believe that they’ve become the new victims of discrimination in America – ranging from men’s rights activists to fathers’ rights groups to White Nationalists.

Dr. Kimmel served as an expert witness for the U.S. Department of Justice in the sex discrimination cases at Virginia Military Institute and Citadel. He has consulted with all the Ministries for Gender Equality in the Nordic countries, and was the first man to deliver the International Women’s Day lecture at the European Parliament, the Council of Europe, the European Commission, and the European Space Agency.